RANGE
There are two species of gorillas, each with two subspecies, inhabiting four small separate regions in Africa. Western gorillas, including western lowland and cross river gorillas, are found in west central Africa, between the Congo and Niger rivers, with cross river gorillas only found in an isolated 290 square mile area in Nigeria and Cameroon. Eastern gorillas, including eastern lowland and mountain gorillas are found in the Democratic Republic of Congo, Uganda and Rwanda, with the eastern lowland gorillas found in the lowlands of the Democratic Republic of Congo, while mountain gorillas occupy only the high altitudes of the mountain forests in the chain of the Virunga volcanoes.

The Louisville Zoo kicks off the new year with two very special animal birthdays. First up, the Zoo will celebrate Gorilla Helen on her big 60th birthday in Gorilla Forest on Sat., Jan. 6 at noon. Find Out More

Two western lowland gorillas are planned to join Gorilla Forest in a collaborative effort across several accredited zoos within the Association of Zoos and Aquariums (AZA). Find Out More 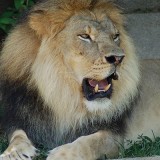 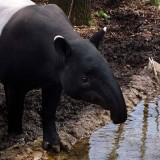